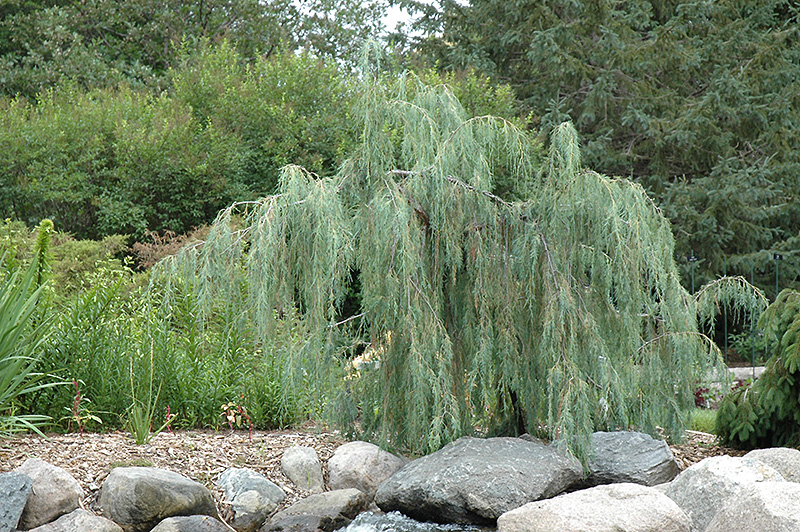 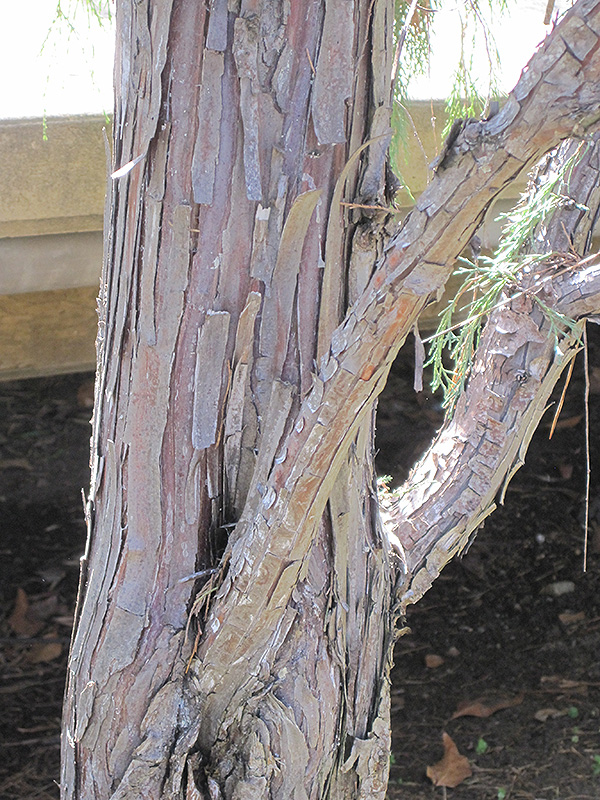 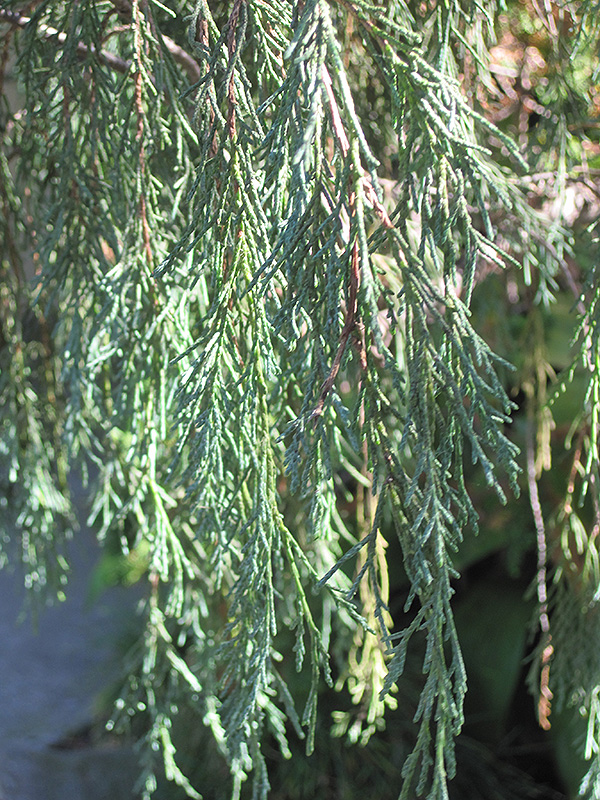 An unusual evergreen accent shrub with pendulous branches and soft textured bluish-green foliage which droops from the branches; may take a number of years to reach optimal appearance, for accent use only, but makes one heck of an accent

Tolleson's Weeping Juniper is a dwarf conifer which is primarily valued in the landscape for its highly ornamental weeping form. It has attractive bluish-green evergreen foliage. The scale-like sprays of foliage are highly ornamental and remain bluish-green throughout the winter. It produces silvery blue berries from late spring to late winter.

Tolleson's Weeping Juniper is a multi-stemmed evergreen shrub with a rounded form and gracefully weeping branches. It lends an extremely fine and delicate texture to the landscape composition which can make it a great accent feature on this basis alone.

This is a relatively low maintenance shrub, and is best pruned in late winter once the threat of extreme cold has passed. Deer don't particularly care for this plant and will usually leave it alone in favor of tastier treats. It has no significant negative characteristics.

Tolleson's Weeping Juniper is recommended for the following landscape applications;

Tolleson's Weeping Juniper will grow to be about 15 feet tall at maturity, with a spread of 12 feet. It has a low canopy with a typical clearance of 3 feet from the ground, and is suitable for planting under power lines. It grows at a slow rate, and under ideal conditions can be expected to live for 70 years or more.

This shrub should only be grown in full sunlight. It is very adaptable to both dry and moist growing conditions, but will not tolerate any standing water. It is considered to be drought-tolerant, and thus makes an ideal choice for xeriscaping or the moisture-conserving landscape. It is not particular as to soil type or pH. It is somewhat tolerant of urban pollution. This is a selection of a native North American species.