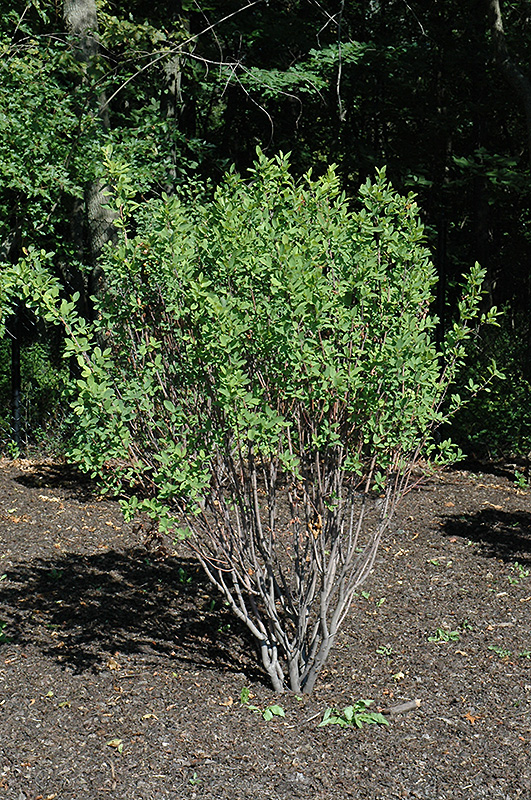 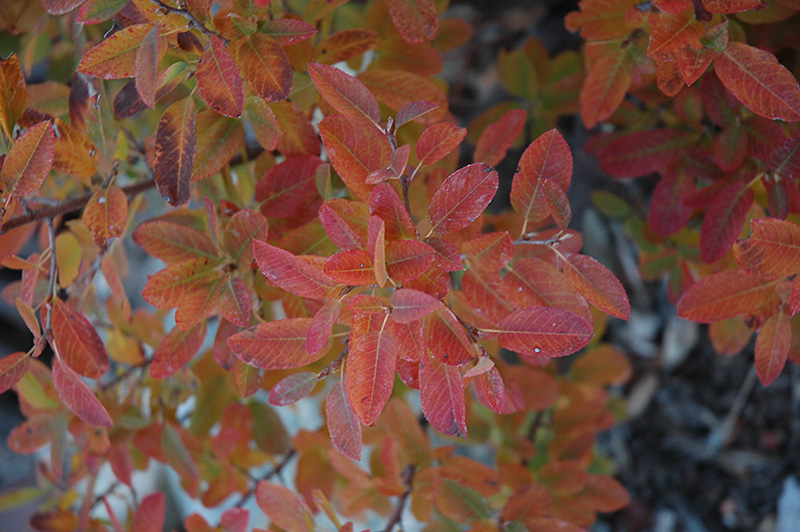 An exceptional new introduction with a narrowly upright habit of growth, ideal for the home landscape where a vertical accent plant is called for; showy white flowers in spring followed by edible berries, brilliant fall color

Rainbow Pillar Serviceberry is covered in stunning clusters of white flowers rising above the foliage in early spring before the leaves. It has green deciduous foliage. The oval leaves turn an outstanding scarlet in the fall. It produces black berries in late spring.

This plant is primarily grown as an ornamental, but it's also valued for its edible qualities. The small round tart berries are most often used in the following ways:

Rainbow Pillar Serviceberry is a dense multi-stemmed deciduous shrub with a narrowly upright and columnar growth habit. Its relatively fine texture sets it apart from other landscape plants with less refined foliage.

This is a relatively low maintenance shrub, and should not require much pruning, except when necessary, such as to remove dieback. It is a good choice for attracting birds to your yard, but is not particularly attractive to deer who tend to leave it alone in favor of tastier treats. It has no significant negative characteristics.

Rainbow Pillar Serviceberry is recommended for the following landscape applications;

Rainbow Pillar Serviceberry will grow to be about 15 feet tall at maturity, with a spread of 8 feet. It tends to be a little leggy, with a typical clearance of 3 feet from the ground, and is suitable for planting under power lines. It grows at a medium rate, and under ideal conditions can be expected to live for 40 years or more. While it is considered to be somewhat self-pollinating, it tends to set heavier quantities of fruit with a different variety of the same species growing nearby.

This shrub does best in full sun to partial shade. It is quite adaptable, prefering to grow in average to wet conditions, and will even tolerate some standing water. It may require supplemental watering during periods of drought or extended heat. It is not particular as to soil type or pH. It is somewhat tolerant of urban pollution. This is a selection of a native North American species.