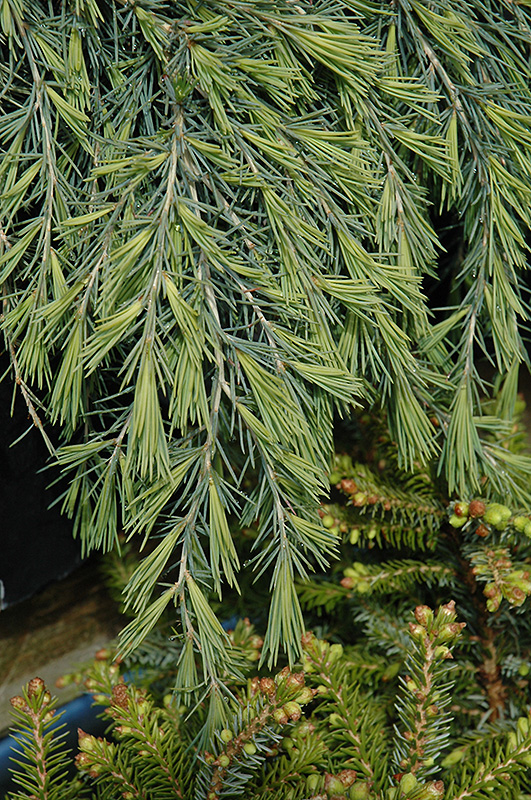 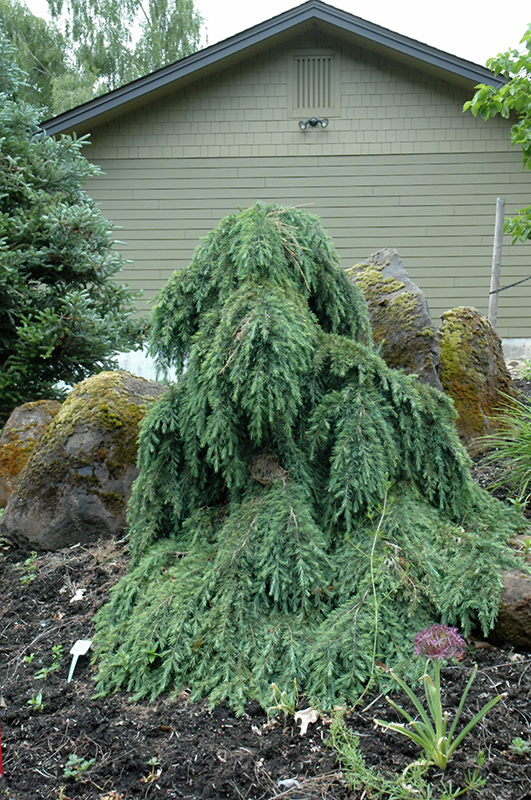 An attactive shrub with a low spreading habit of growth, dense branches are covered with interesting blue-green needles; lowest of the dwarf forms that rarely develops a leader; great for small spaces in gardens or containers

Feelin' Blue Deodar Cedar is a dwarf conifer which is primarily valued in the garden for its ornamental upright and spreading habit of growth. It has attractive bluish-green evergreen foliage. The needles are highly ornamental and remain bluish-green throughout the winter.

Feelin' Blue Deodar Cedar is a dense multi-stemmed evergreen shrub with an upright spreading habit of growth. Its relatively fine texture sets it apart from other landscape plants with less refined foliage.

This is a relatively low maintenance shrub, and usually looks its best without pruning, although it will tolerate pruning. Deer don't particularly care for this plant and will usually leave it alone in favor of tastier treats. It has no significant negative characteristics.

Feelin' Blue Deodar Cedar will grow to be about 24 inches tall at maturity, with a spread of 6 feet. It has a low canopy. It grows at a slow rate, and under ideal conditions can be expected to live for 50 years or more.

This shrub should only be grown in full sunlight. It is very adaptable to both dry and moist growing conditions, but will not tolerate any standing water. It may require supplemental watering during periods of drought or extended heat. It is not particular as to soil type or pH. It is somewhat tolerant of urban pollution, and will benefit from being planted in a relatively sheltered location. This is a selected variety of a species not originally from North America.